Stunned police stopped a Skoda as part of a crackdown on uninsured vehicles only to find it crammed with nine people.

Alongside the driver and front seat passenger there were five people packed in the back seat. And on closer inspection two more were discovered travelling in the boot.

North Yorkshire Police were so shocked at the find they released a video showing the moment they made the discovery. 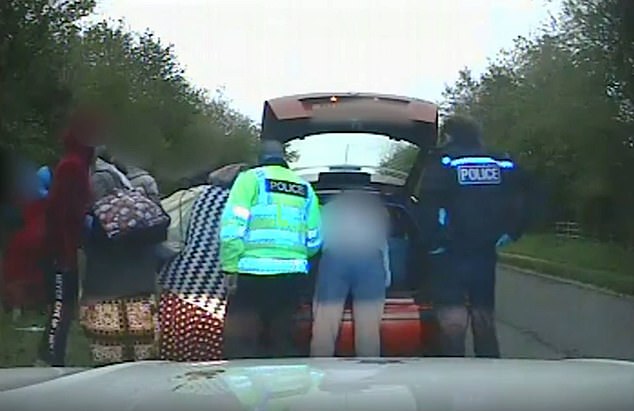 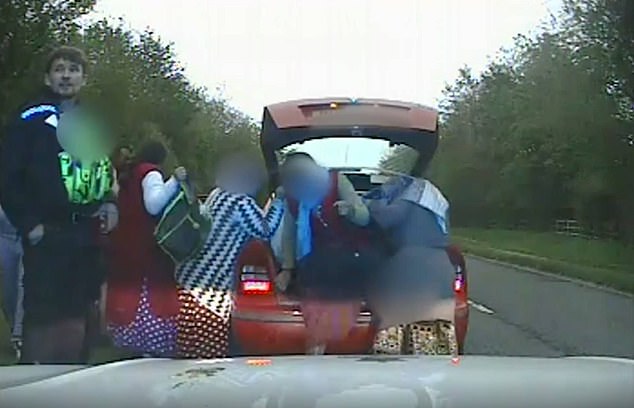 Two passengers were discovered travelling in the boot during the stop in Norton, near Malton 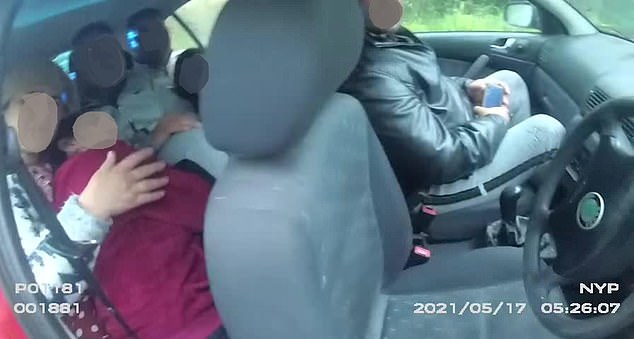 As well as discovering five people jammed onto the back seats (pictured), police found that two of the car’s doors did not open and one tyre was bald

A police spokesman said : ‘Officers pulled over a Skoda Octavia in Norton, near Malton, after records showed it had no insurance.

‘They were shocked when nine people got out.

‘One passenger was in the front seat, five were in the back seat and two climbed out of the boot.

‘To make matters even worse, two of the car doors would not open and one of the front tyres was so bald the inner cord was visible.’

The alarming footage was captured on a police car dashcam.

A North Yorkshire Police spokesman said: ‘We always expect the unexpected when we stop a vehicle. But this one took us totally by surprise. 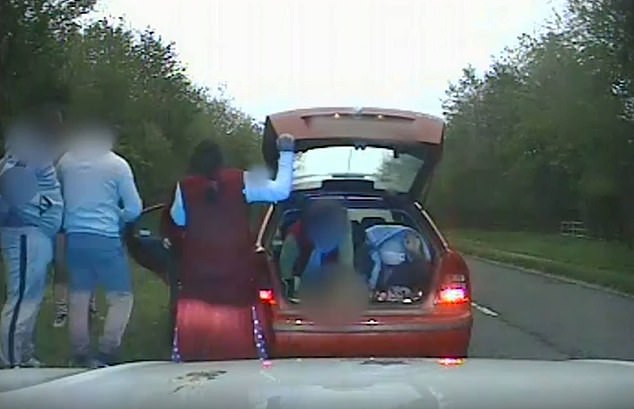 The vehicle, pictured, only has five seats, so was dramatically overloaded with two people in the boot

‘If it had been involved in a collision, the consequences don’t bear thinking about. It would have caused absolute carnage.’

The vehicle was seized, along with 17 other uninsured and untaxed vehicles stopped in targeted deployments across North Yorkshire for UN Global Road Safety Week last week.

The driver was also reported for dangerous driving and having no insurance.

The spokesman added: ‘We’re continuing our targeted road safety deployments throughout the summer and beyond, to keep everyone safe and take illegal drivers and vehicles off the road.’