CHILLING video appears to show a giant coronavirus graveyard in Iran amid ongoing fears the regime is downplaying the death toll.

It is reported up to 10,000 of the graves in the cemetery of Behesht-e Zahra in Tehran have been allocated for Covid-19 victims. 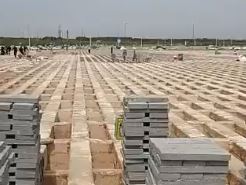 Iran has been accused of downplaying its coronavirus death-toll – with the current official figures at 91,472 cases and 5,806 deaths.

Iranian opposition activists – citing local sources – fear the death toll may be up to ten times higher than the official figures.

Video appears to show rows after rows of empty graves at the cemetery, which is the biggest in Iran as it houses up to 1.7million dead.

Many of the plots at the cemetery are pre-dug regardless, but huge swathes of it have reportedly been prepared for coronavirus victims.

Large crowds of people can be seen mourning as they walk among the rows upon rows of graves.

One man stands among the plots – seemingly aghast with his hand covering his mouth – looking out on the incredible scene which stretches off towards the horizon.

This is despite the official figure being just under 6,000 for the entire nation.

Graves for the virus victims are reportedly being dug two metres down, and special isolated facilities have been set up for the traditional washing of bodies.

Some Iranian cities are reportedly dusting graves with lime and burying the coronavirus dead in layers of protective sheets, but this is understood to not be happening in Tehran. 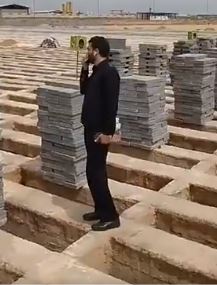 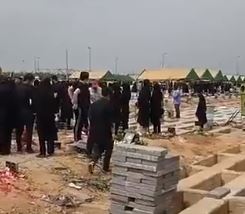 Iran's coronavirus death toll could be as many as 30,000 if estimates by opposition groups are correct.

One doctor previously told The Sun Online the regime's hospitals are full to bursting, and facilities they have to fight the virus were "woefully inadequate".

The medic said: "We have no masks, no protective shields, no hand disinfectants.

“Only God has saved us so far. They provided alcohol to doctors to disinfect. Instead of 70 per cent alcohol, it is 70 per cent water."

Coronavirus was first officially detected in Iran late in February, but opposition group in exile the National Council of Resistance claim government documents prove the regime was aware of cases in January.

Tehran ran a publicly calamitous effort to curb the outbreak, ignoring health experts advice and not imposing a lockdown until it was already too late.

Deputy health minister Iraj Harirchi denied covering up the outbreak as he himself appeared bathed in sweat from fever – only to later confirm he had coronavirus.

Supreme leader Ayatollah Ali Khamenei also claimed the virus was “created by America” as he attempted to shift the blame. 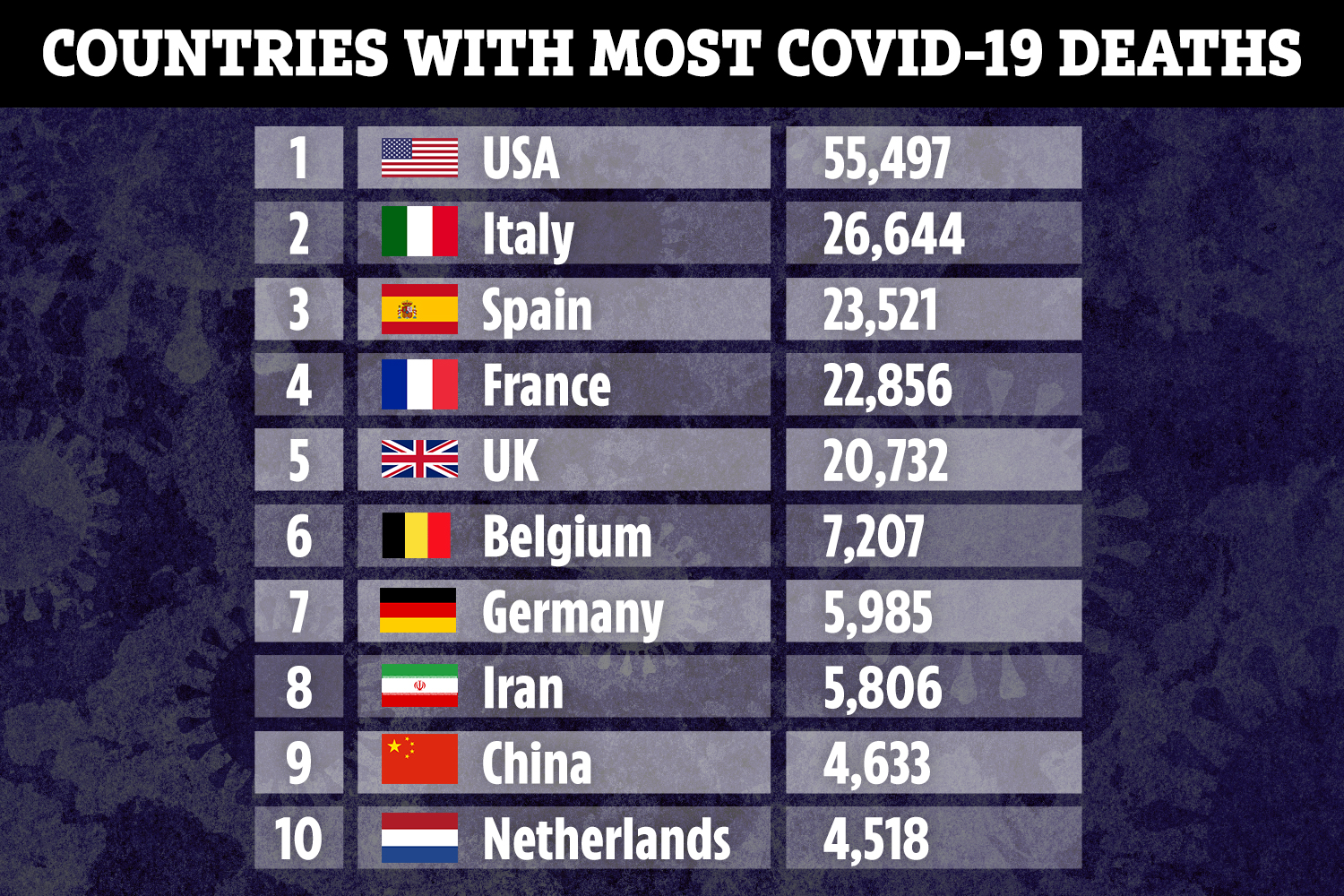 We are urging Sun readers to sign a petition calling for our NHS staff to be awarded the George Cross.

We are backing a proposal by Lord Ashcroft to honour our health heroes with the gallantry gong given for acts of bravery that did not take place in battle.

A No10 spokesman said: “The NHS is doing a fantastic job and the nation will want to find a way to say thank you when we have defeated this virus.” SAS hero Andy McNab added: “The award of a George Cross would show an emotional appreciation.”

We are asking our readers to please sign the petition below.

Disturbing videos emerged from the Islamic republic of stacks of body bags allegedly containing coronavirus victims piling up in hospitals.

Satellite pictures also reportedly show mass graves already being dug for the victims of the outbreak.

Iran has attempted to blame the devastation brought on by the virus on economic sanctions levied by the US.

The regime has pleaded for them to be lifted, and said they are costing Iranian lives during the pandemic – calling them “economic terrorism”.

US officials have however responded churlishly, saying the plea is a ploy to weasel out of the sanctions.

Iran earlier this month marked its national Army Day, but instead traded missiles for medics in a parade celebrating their health services.

Global coronavirus cases have now surpassed three million, with more than 200,000 dead as the pandemic continues. 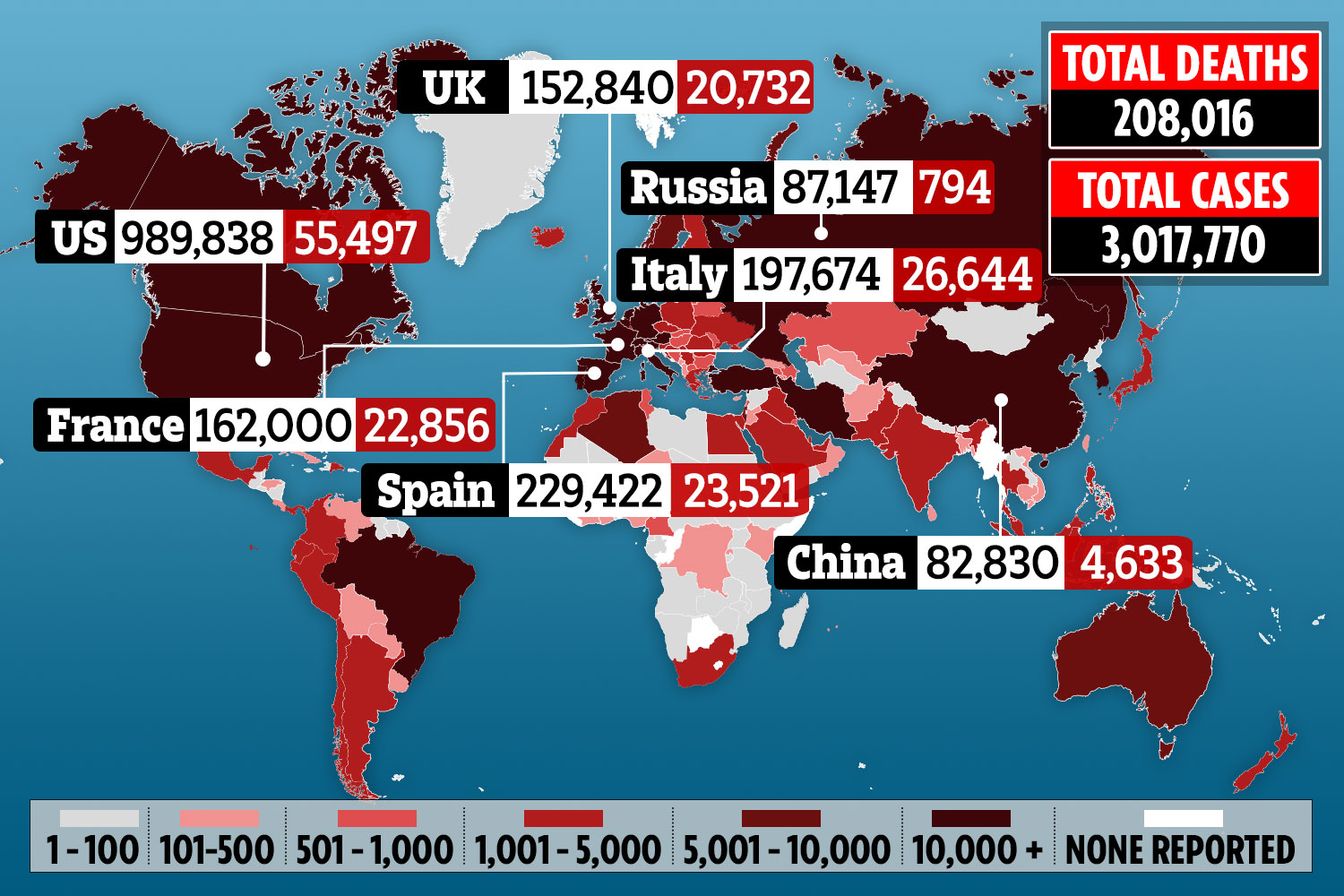 The Sun has launched an appeal to raise £1MILLION for NHS workers. The Who Cares Wins Appeal aims to get vital support to staff in their hour of need.

The Sun is donating £50,000 and we would like YOU to help us raise a million pounds, to help THEM. No matter how little you can spare, please donate today here: www.thesun.co.uk/whocareswinsappeal.