A group of teenage girls have been filmed abusing staff at a McDonald’s franchise after they were kicked out for allegedly throwing a drink at a pregnant woman.

The teenagers, believed to be about 13 years old, are being investigated by Kent police after some of their antics were caught on camera and reported by onlookers.

They were allegedly seen assaulting staff and screaming vile abuse at customers, which occurred about 5.40pm on Sunday inside the Maidstone, Kent, branch.

Video shows the girls arguing with security after they’d been escorted out of the fast food chain, with one claiming staff were heavy-handed when removing them.

She also accused staff of pulling her by the hair. 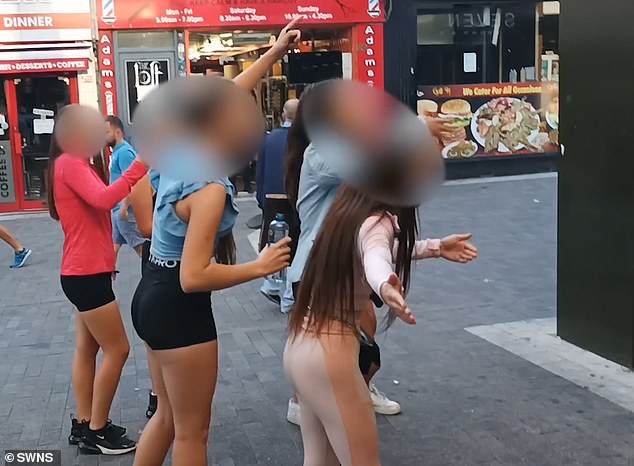 It’s understood one of the girls lobbed a drink of water in the direction of a pregnant woman and her two-year-old toddler.

Another girl told onlookers: ‘They took us out for no reason. This is bang out of order.’

She claimed someone ‘threw a drink on her’ first, and that she simply threw one back.

But one onlooker, who wanted to remain anonymous, said he witnessed the entire melee and denied the girls’ allegations.

‘It was absolutely disgusting,’ he said. 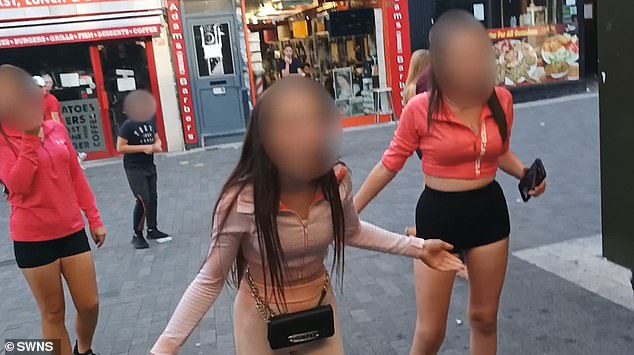 The teenagers, believed to be about 13 years old, are being investigated by Kent police after some of their antics were caught on camera and reported by onlookers 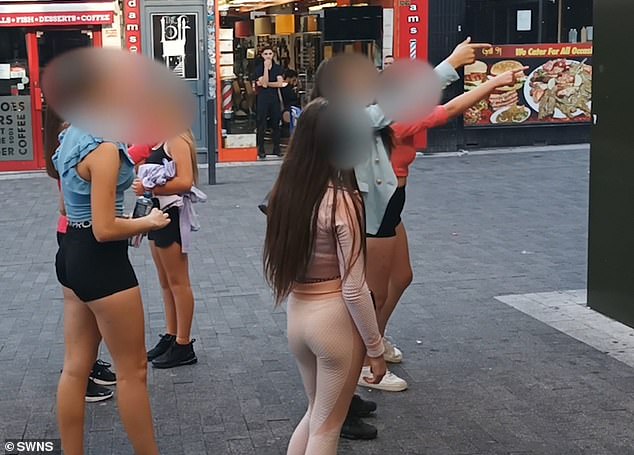 Video shows the girls arguing with security after they’d been escorted out of the fast food chain, with one claiming staff were heavy-handed when removing them

‘The security guards from McDonald’s and other premises had to form a human barrier to stop them coming in – they had run off and returned three times.’

In the footage, he told the girl that he’d watched the situation unfold, adding: ‘You assaulted him.’

His comments only further agitated the group. One of the young girls shouted at the crowd: ‘She’s a thirteen year old girl, film her all you want you f***** n****e.’

One of the girls appeared to dance in the direction of the camera before she eventually walked away with the rest of the group of antagonists.

The onlooker said the security guard who responded to the group ‘did nothing wrong’.

‘It wasn’t forceful or anything,’ he said.

Another eyewitness said: ‘They just have no shame and know they can get away with it.’

Kent Police confirmed they are investigating the incident. 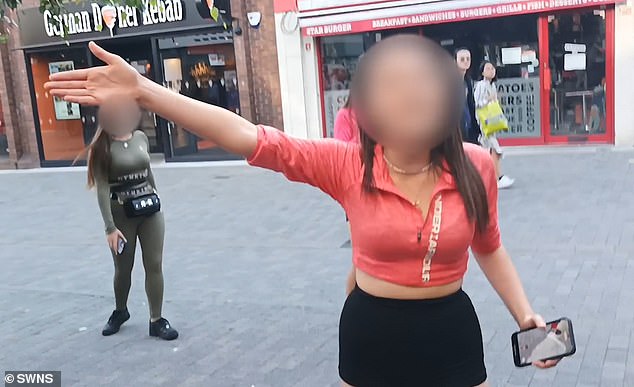 ‘We were called at around 5.40pm on Sunday September 11 to a report of a disturbance at a fast food restaurant in Week Street, Maidstone,’ a spokesman said in a statement.

‘Officers attended the scene where they spoke to those present. Inquiries are underway into the circumstances surrounding the incident.’

A McDonald’s spokesperson said: ‘Providing a safe and welcoming environment for our people and our customers is a priority for us.

‘We do not tolerate any anti-social behaviour in our restaurants. We are aware of an incident that took place at our Week Street restaurant Sunday evening.

‘The police were called by our restaurant staff and we will continue to support them with any investigation.’

In February McDonald’s defended their security team at the same store after a video emerged online of one man scuffling with a young person outside the chain. 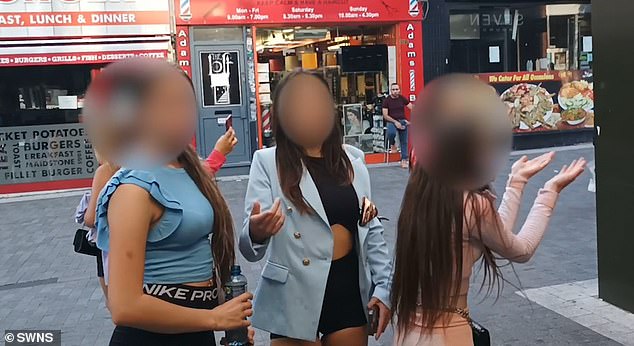