Waitrose boots out shoe polish after fall in demand

Waitrose has stopped selling shoe polish – after the shift to home-working led to a fall in demand for shiny office shoes.

The supermarket chain confirmed it had ditched the classic cleaning product ‘to make way for new product launches’.

Lockdown has already seen a slump in sales of everything from high-heel shoes to alarm clocks, ironing boards, lunchboxes and lipstick, according to research by the John Lewis group. 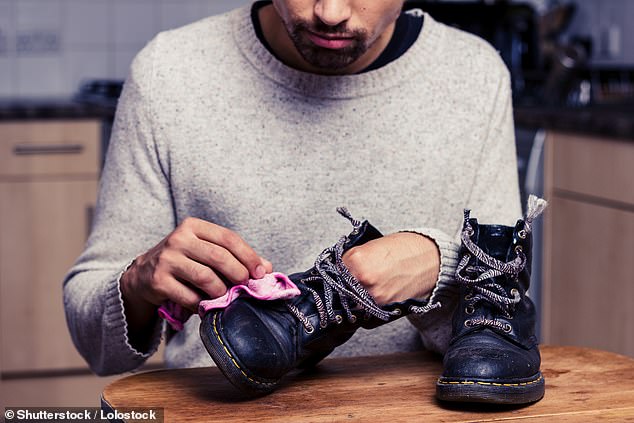 There has been a fall in demand for shoe polish, leading it to being taken off Waitrose shelves

Meanwhile cobblers Timpson, which has many supermarket outlets, recently confirmed that demand for shoe repair had also collapsed despite launching an online service.

Richard Preston, from Maidenhead, Berkshire, said he had become frustrated at not being able to find shoe polish in Waitrose stores.

‘I contacted its head office and was advised that shoe polish has been discontinued in all stores to free up space for more popular items,’ he said.

‘Apparently, few people buy it today. Are we becoming a nation of scruffs?’

And Anita Milton, 51, from Chislehurst, south-east London, a hospital manager, said: ‘It’s a shame Waitrose have stopped selling polish but I suppose we live in a throwaway society and people aren’t bothered about looking after their shoes as much now.’

Traditional polish brand Cherry Blossom can trace its history back to 1906 and a factory in Chiswick, west London. 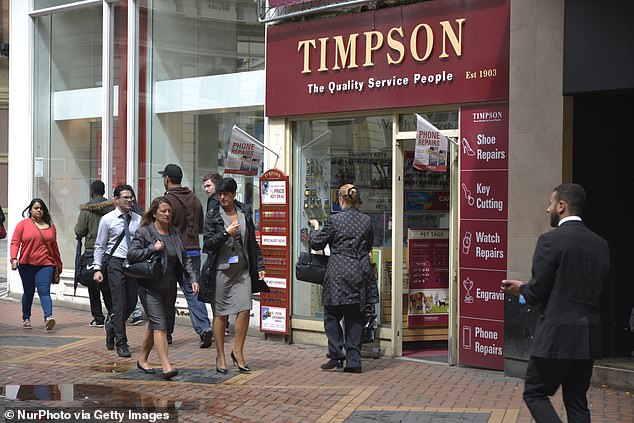 It is the only shoe polish made in Britain and is part of Derbyshire-based Grangers International, which has expanded the brand to reflect changing lifestyles. Today, its biggest sellers include spray on cleaning foams and protective coatings, together with cleaning wipes for trainers, scuff cover and spray on polish, which provides a shine without the need for any added elbow grease.

The idea of learning how to get a perfect sheen on school shoes was a rite of passage – albeit a time consuming chore – for generations of youngsters.

While in the military the art of ‘bulling’ to produce a parade gloss mirror finish is still considered an essential skill.

During lockdown, many workers have spent their lives in trainers and tracksuits, which has made smart shoes redundant.