Who is Roxanne Luckey and what did she say about Matt Gaetz?

ROXANNE Luckey took to TikTok to speak about US Representative Matt Gaetz.

She made shocking allegations about the Republican politician, but how do the two know each other? 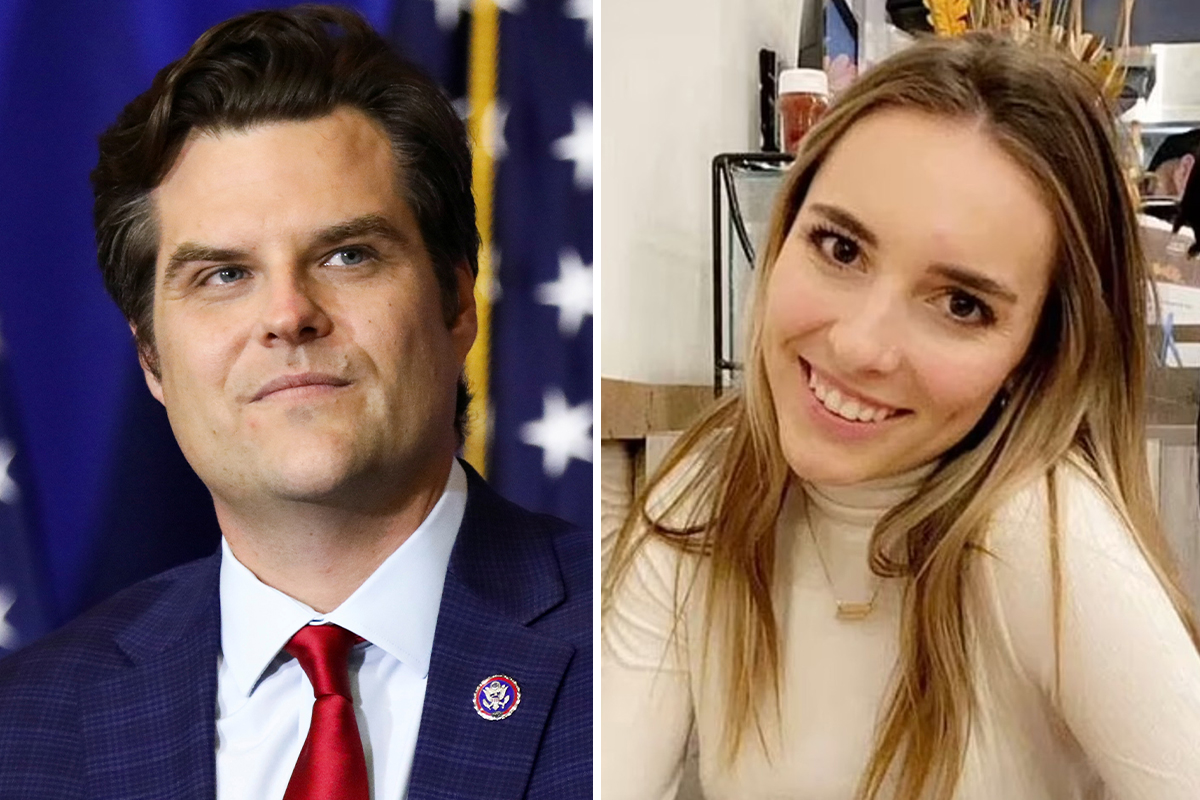 Who is Roxanne Luckey?

Roxanne Luckey, 20, is the sister of Gaetz's fiance Ginger Luckey.

Ginger and Gaetz got engaged in December 2020 after meeting nine months before at a fundraiser for a Donald Trump owned hotel.

According to her LinkedIn profile, Roxanne is currently a student at Pepperdine University, earning a Bachelor's Degree in psychology and planning to graduate in 2022.

Her resume also features brief stints in politics with a position as an intern at the Office of Presidential Personnel.

What did Roxanne Luckey say about Matt Gaetz?

In late July 2021, Roxanne posted a series of three TikToks about the Congressman.

She tells a story about how Gaetz had tried to set her up with a friend of his who was divorced with a child when Roxanne was just 19-years-old, dubbing the move "weird and creepy."

“I saw the character and type of person he is, and when everything came out about him, I honestly, unfortunately, was not surprised,” she shared.

Referring to her time at the White House, she continued, “As someone who has personally experienced a ton of creepy old politician men hitting on me when I was underage, and experiencing sexual assault at that age by people of power, it’s very disheartening and I have zero tolerance of people like [Gaetz]."

In another, Roxanne can be seen posing in front of a New York Times article featuring a story about Gaetz being investigated for alleged sex crimes, of which he has denied all claims.

Over the video, she writes "when a creepy old man tries to hit on you at the bar, but your sister is engaged to a literal pedophile."

She later apologized for using the term "pedophile" and instead switched to “ephebophile" or someone primarily attracted to mid-to-late-adolescents.

Roxanne continues by saying her opinion of Gaetz goes deeper than her experiences with him.

She claims that during her time at the White House, she heard he “had a reputation of prowling after college girls when he’s a grown man, and to me that’s just kind of weird.”

However, she maintains that everything is hearsay and there are two sides of every story.

She ensures that “There is so much more to the story and about what I know about Matt Gaetz,” and adds, “It is definitely a serious situation.”

Ginger claimed to The Daily Beast that she and her sister are estranged.

The Sun has reached out to Matt Gaetz's team for comment.