The mother of Wikileaks whistleblower Chelsea Manning drowned in the bath after drinking so heavily she was four times the driving limit, an inquest has heard.

Susan Manning, 65, was found dead at her home in Haverfordwest, Pembrokeshire, after she was submerged in the water while ‘heavily intoxicated’.

Her daughter, Chelsea, missed the funeral because she was being held in a US detention centre at the time.

Former Army intelligence analyst Chelsea, 33, was being held for contempt between March 2019 and March this year. 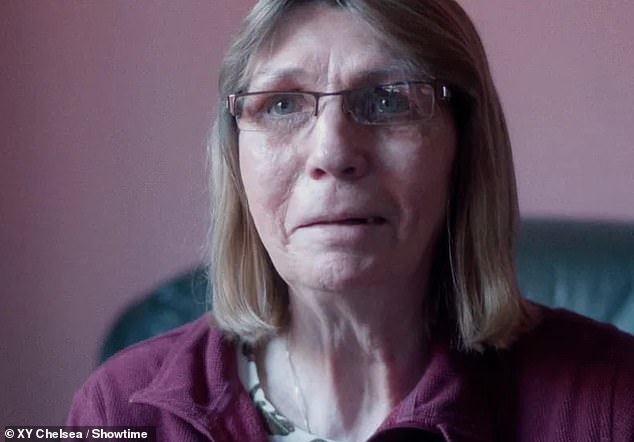 Susan Manning (pictured above), 65, was found dead at her home in Haverfordwest, Pembrokeshire, in January after she was submerged in the water while ‘heavily intoxicated’

She had refused to testify before a grand jury investigating Wikileaks founder Julian Assange.

Susan was tragically found by police at her home in January.

An inquest heard she returned to Wales after a marriage breakdown to American soldier Brian Manning.

She suffered a stroke in 2007 that left her unable to travel to see her two children in the USA.

The inquest heard Susan was sociable and well-liked by friends but lived quite a solitary life and ‘was drinking alcohol to an unknown excess’.

Her sister, Sharon Staples, spoke to her on the phone on January 9 and could tell she was drunk – ‘which was not unusual.’ 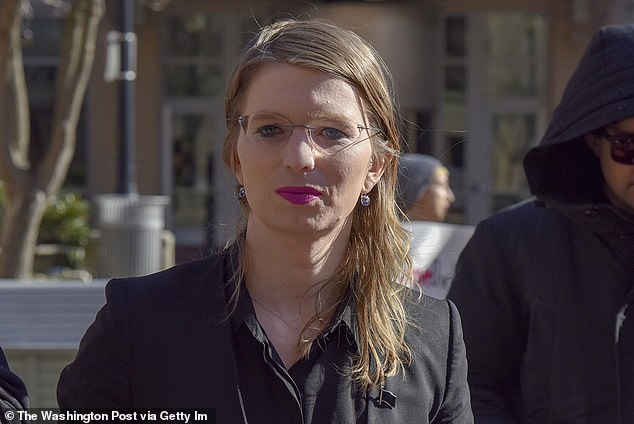 Wikileaks whistleblower Chelsea Manning, pictured in March last year, 33, missed her mother’s funeral because she was being held in a US detention centre at the time

She tried to convince her not to have a bath but the next day no one could make contact with her.

Brother-in-law Joe Staples went to the house with a key but could not get in. He called police and officers later discovered her body.

A toxicology report found she had 330mg of alcohol per 100ml of blood – the driving limit is 80mg.

The inquest in Haverfordwest heard the alcohol made a ‘significant contribution to her death.’

Coroner Paul Bennett concluded Susan’s death was accidental after she ‘drowned in the bath while heavily intoxicated’.

Daughter Chelsea was jailed between 2010 and 2017 after passing a huge cache of classified documents to WikiLeaks.