WWII aircraft taken to pieces before it undergoes £4million restoration

THIS Lancaster bomber looks just like a model plane waiting to be glued together as it is being carefully restored in a hanger.

The huge WWII aircraft is being taken to pieces as part of a ten year restoration project to make it only the third flying Lancaster bomber in the world. 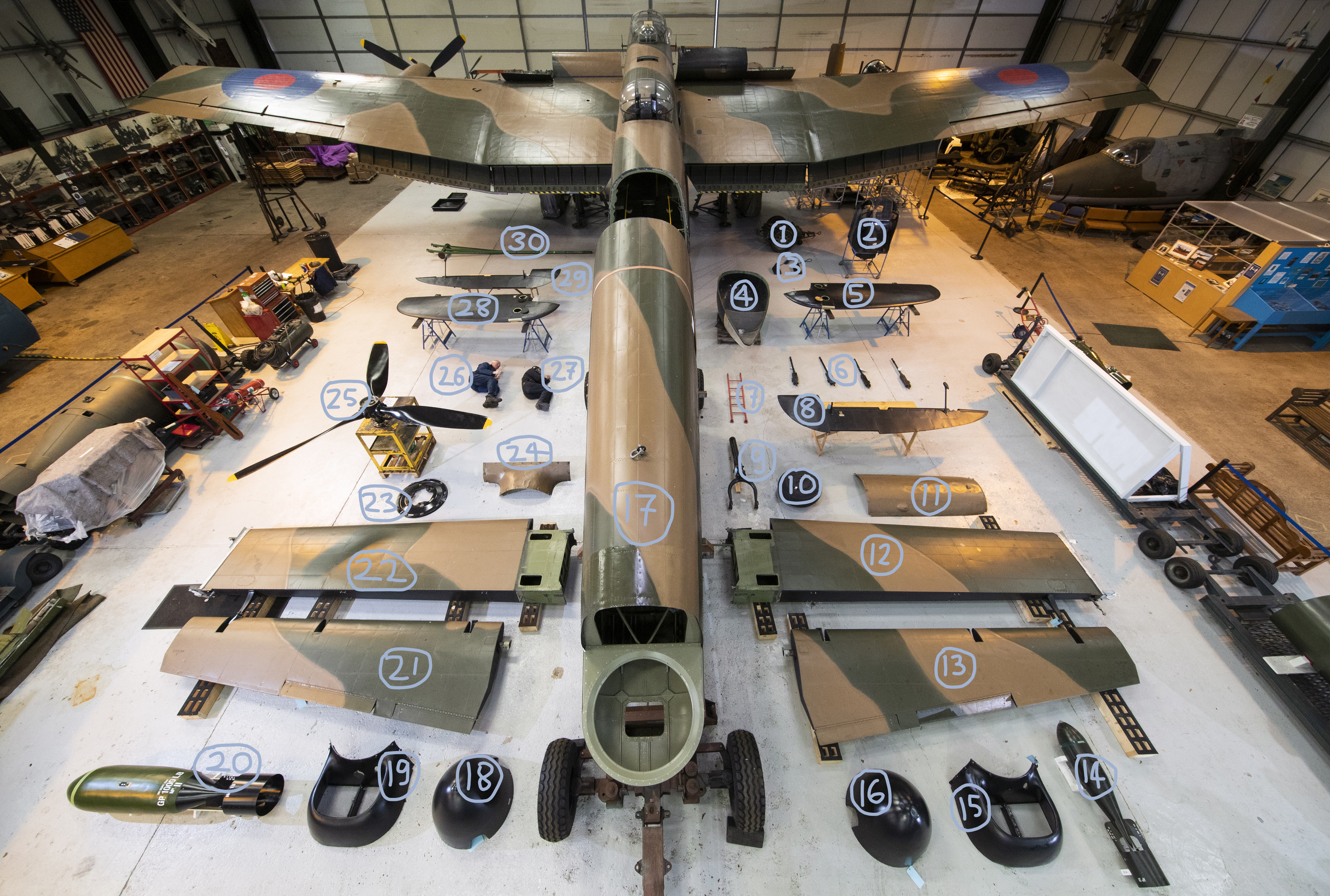 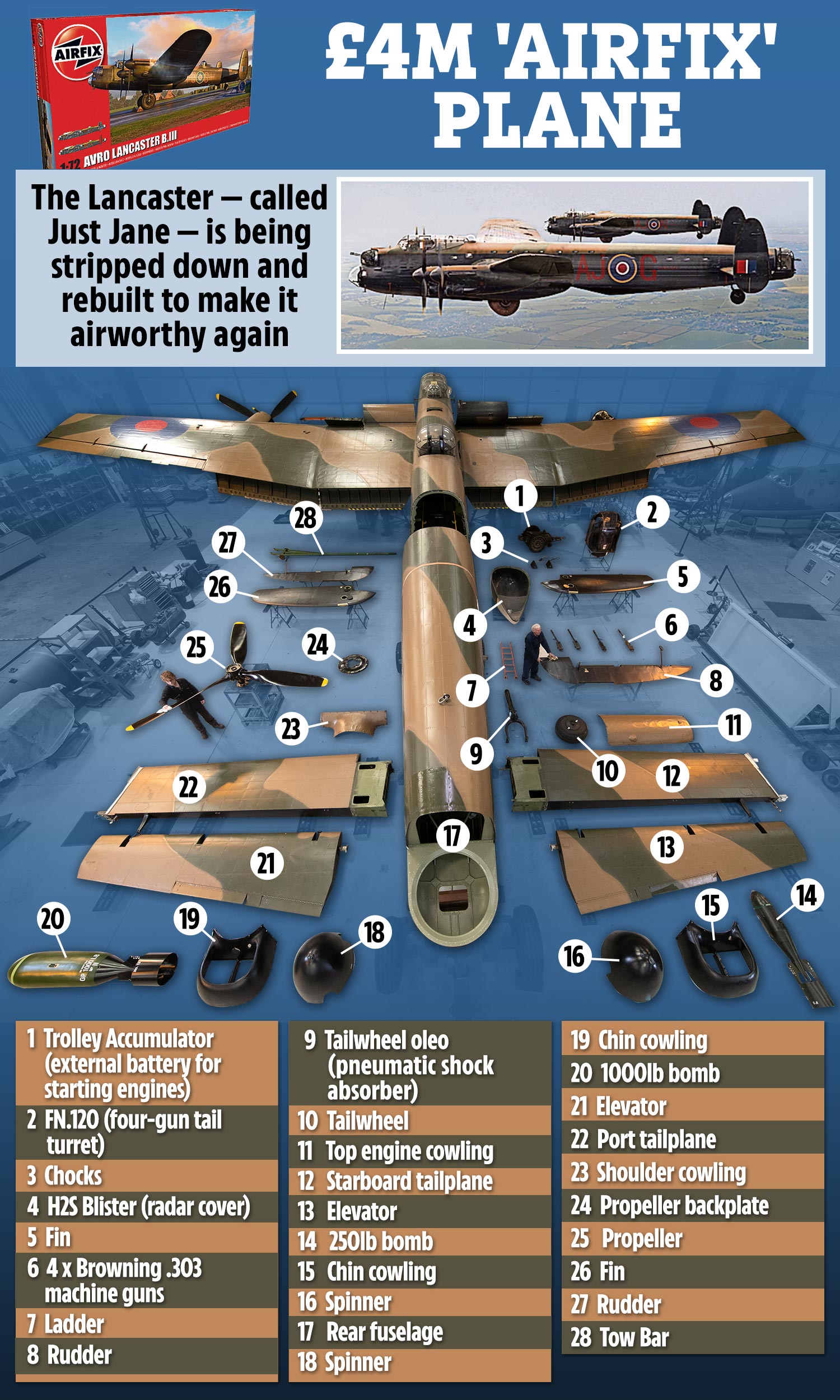 The plane – called Just Jane – is being stripped-down, checked, repaired and rebuilt in order to make it airworthy again.

During the summer months the bomber is used for ground displays and taxiing passengers around a former RAF airfield in Lincolnshire.

But every winter, as part of a £4mil project, different sections of the Lancaster are restored.

Three years into the project it is the huge tail and rear fuselage. 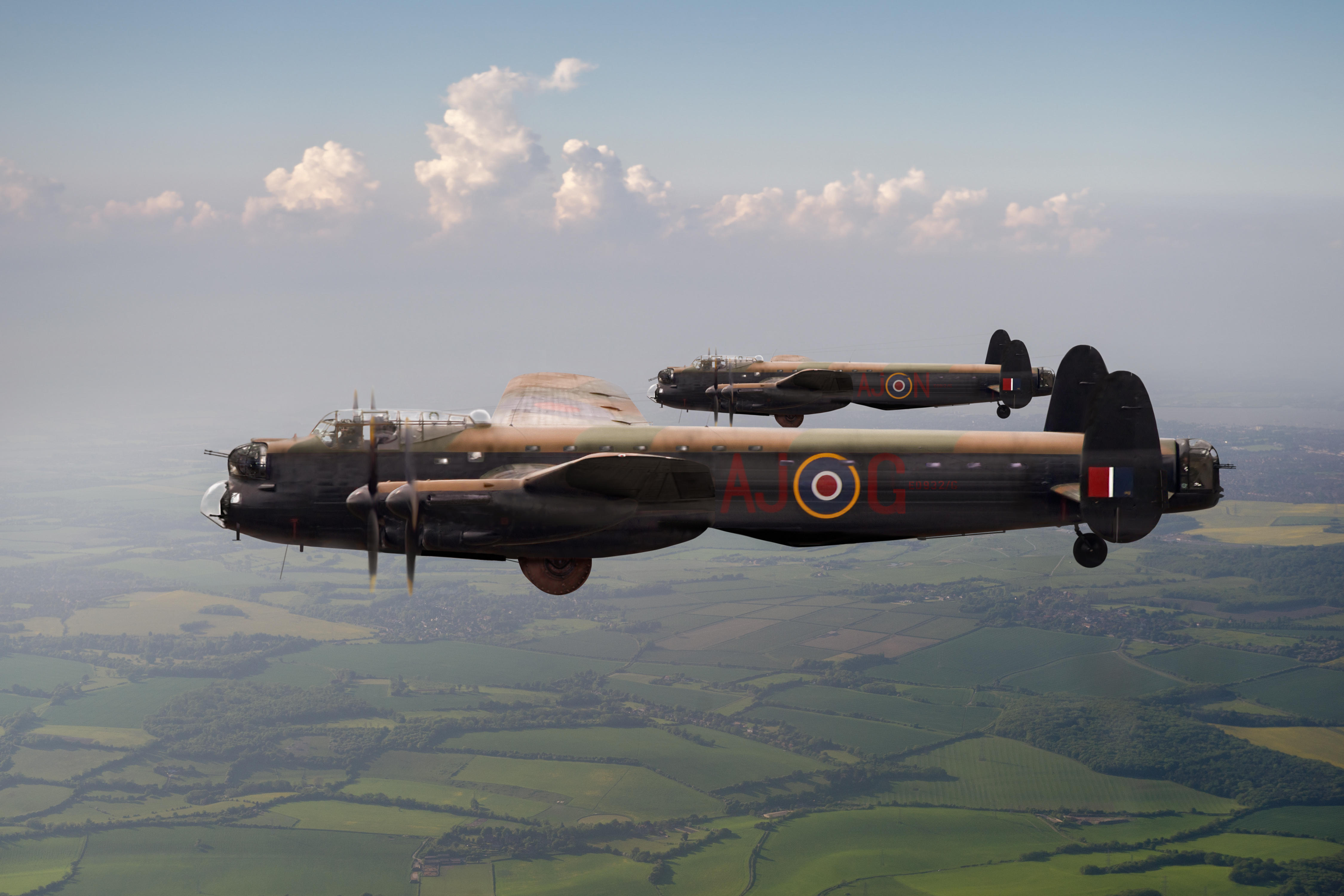 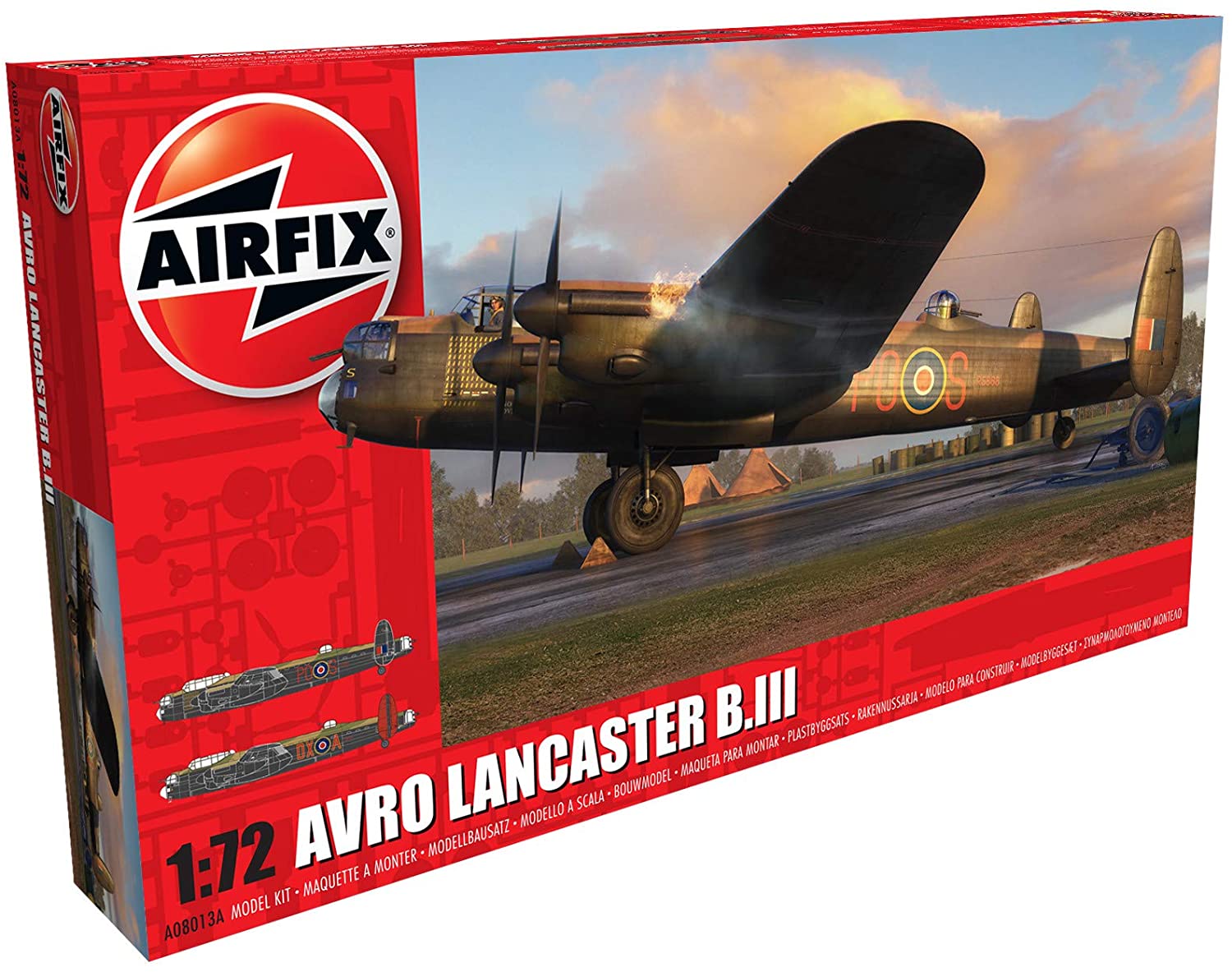 Andrew Panton, 33, general manager at the Lincolnshire Aviation Heritage Centre in East Kirkby said: “This year we’re looking at the rear fuselage section and thought with the number of parts we’ve removed from the aircraft it looks very much like an Airfix kit.

“So we’ve set it out to see just what it would look like from the air as an Airfix kit would have done in the packet.”